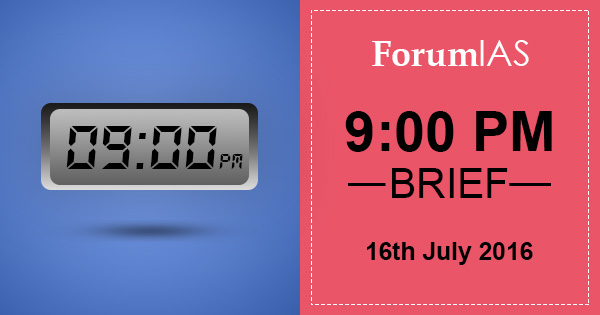 New data released by Census 2011 shows that more than half of the total disabled population in India is literate.

If we do the gender comparison of both the areas:

[2]For Manipuris, it doesn’t pay to have a small family

In the state of Manipur, having a large family is incentivized. NGOs in Manipur run a competition in which the woman having highest number of babies is awarded annually.

One must understand that the problem lies not only with the NGOs or Manipuris in general but with the inability of the government to restrict illegal migration which is forcing the people to take such steps. Govt. must take note of these issues and beef up its efforts to solve such problems.

[1]Freedom for the farmer

An ordinance made by Maharashtra government has exempted the farmers to sell fruits and vegetables,mandatorily in Mandis.

Concerns of the Companies

Role of the Farm Scientists

Steps taken by the Government

What else needs to be done?

[4]Exports return to growth after 18 months