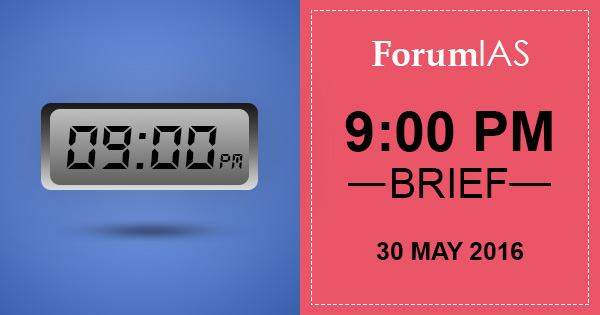 The Sri Lankan Government is following a policy of returning land to the native Tamilians in the Northern Province. This was stated by the President Sirisena.

This land was occupied by Security Forces during the Civil war in the Northern Province with the LTTE.

After the Elam war ended, A locally elected responsible government was formed in the Northern Province. This was part of the Sri Lanka’s 13th Amendment and devolution of powers to provinces.

2015 Geneva Resolution : A Resolution adopted by UN Human Rights Council in 2015 that wasnted accountability for human rights violation during Sri Lanka War. It asked Sri Lanka to set up a fair judicial mechanism involving both doemstic , foreign judges to look into the issues of Human Rights Violations.

There was a controversy because Sri Lankan Prime Minister Ranil Wickremesinghe has assured the Security forces that such judicial mechanism will have only domestic judges. Foreign judges may be there only for technical assistance. Security Forces oppose any foreign involvement in this issue.

Nationally there is opposition to returning of land to Tamilians from Security Forces. But Internationally, there is pressure to accomodate the Tamilians , who are a minority in the country but are a majority in the Northern Province.

The 32nd Session of UN Human Right Council is beging held in June- July. Here Sri Lanka will be asked to give an oral briefing on the issue. And hence Sri Lanka will need to quickly take up measures as per the Resolution.

India in its neighbourhood:

What government can do?

Beyond transportation and energy, the third category of connectivity is, communications:

Other benefits of Talgo:

The biggest lender, the State Bank of India: #

Now the question arises is how much more red will be inked and what cost this is likely to impose on the economy.

The Centre is cognisant of the magnitude of the problem and has in large measure moved in lockstep with the central bank in addressing the systemic and regulatory issues that need fixing.Steps taken by the government:

A form of risk-pooling

What about all the other things insurance companies claim to do? Manage care? Integrate care? Encourage people to look after their health?

Why entrust them with our health?

How do they do it?

Cloud computing is a type of computing that relies on sharing computing resources rather than having local servers or personald evices to handle applications.

Cloud computing is comparable to grid computing, a type of computing where unused processing cycles of all computers in a network are harnesses to solve problems too intensive for any stand-alone machine.

In cloud computing, the word cloud (also phrased as “the cloud”) is used as a metaphor for “the Internet,” so the phrase cloud computing means “a type of Internet-based computing,” where different services — such as servers, storage and applications —are delivered to an organization’s computers and devices through the Internet.

[8] For a less taxing regime

Compliance of the taxpayers

Accountability of the Income Tax Officials

This year’s budget had a proposal to address taxation issues:-

What are Public Sector Undertakings (PSUs)?

All other CPSEs are considered as non-strategic.

(6) Use of Manpower Resources.

Suggestions to Improve the Performance of Public Sector Enterprises (PSEs):

(i) Controlling the cost at every level of public sector enterprises.

(iii) Reforms in capital base.

(iv) Increase the standard of public sector enterprises to manage the competition from both domestic and foreign competitors.

(v) Identifying redundant manpower and dealing with it through means a retraining, redeployment and encouraging self-employment etc.