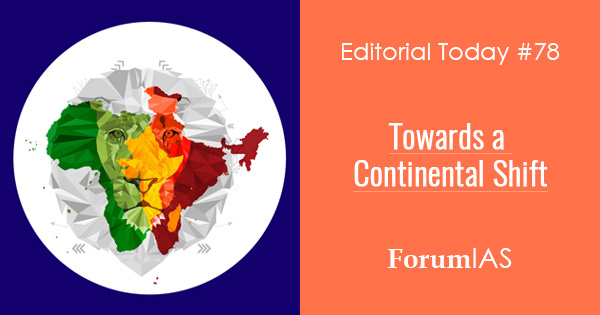 Issue India’s sustained and systematic outreach to all parts of Africa is a welcome move.

Challenges in Africa Though India shares old historical ties with Africa but history is no longer enough to entice Africa to take India seriously.

Strength of India India’s democratic traditions make it a much more comfortable partner for the West compared to China in cooperating on Africa-related issues.

Areas of cooperation In this visit PM outlined his focus areas: energy, food and maritime security.

What India needs to do Though India has committed considerable resources to Africa, actual delivery on the ground and implementation of projects have been far from satisfactory.

What India needs to do