Important : You should be getting automated email updates about this News Article in the below format: 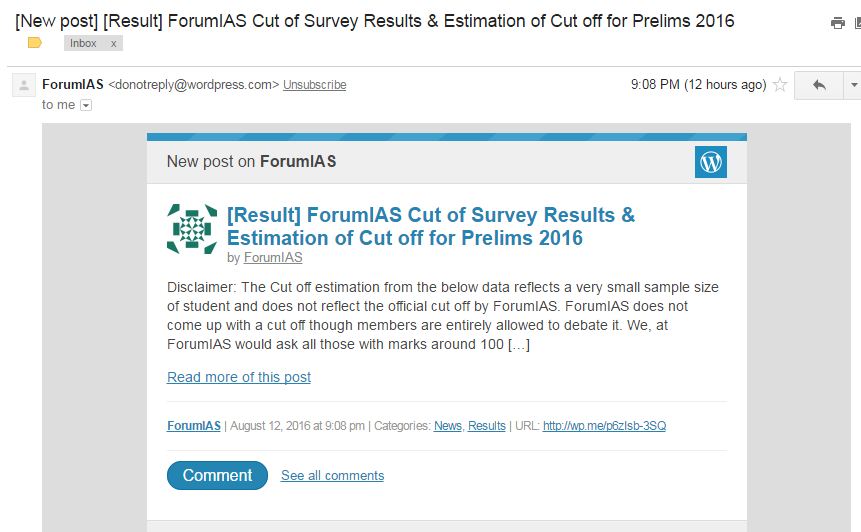 If you are not getting updates from the portal in the above format, please subscribe to the portal updated by visiting – https://forumias.com/portal/subscribe and entering your email address.

If you are getting email updates from Portal in the above manner, please do not do anything.

SC pulls up Centre for sitting on Collegium list : First, the Supreme Court of India said the NJAC Bill was ultra vires. The Judges wanted to retain the power to appoint judges within  themselves. Now , going by the old collegium system, a list was sent to the government for appointment as High Court Judges. But the Union government is simply sitting on the recommendations of the Collegium. The Apex Court think this is unfair. Vacancies in Supreme Court are 03. In high Courts Vacancy is 44%.

LPG subsidy savings largely due to falling oil prices: CAG : The Government claimed that we saved 23,300 crores in giving out subsidy on LPG. The CAG says that its not because of what the government has done. 92% of savings,  ( around 21,500 crores ) in the subsidy are because of fall in oil prices. The second reason for less subsidy outflow is because consumers have not picked up subsidised cylinders. The second reason is a permanent one. Read on.

NSG door not shut on India: Chinese media : The Chinese Foreign Minister is on a visit to India. Chinese media says – there is no provision of a non – NPT state to be a member of NSG. However, India’s case is not a closed case. Is a give and take/bargain between India and China on some International issue going to happen? Note that China had vehemently opposed India’s admission to NSG saying India is not a NPT signatory.

Sri Lanka’s missing persons bill hailed by West : The West has been critical of human rights violations by the Sri Lankan government/army during the Tamil Elam War. It accuses Sri Lankan Government of not doing enough for punishing those guilty ( read the Sri Lankan Army ). Sri Lanka had committed to the Sri Lankan Human Rights Council on taking action on missing persons last year. This bill seeks to achieve the same.

The crisis over Crimea : Russia and Ukraine are in a fight over Crimea. An attack backed by Ukraine ( says Russia ) has been sabotaged by Russia. Now Russia is building up military presence along the Ukrainian border.

After ban, in a state of low spirits : Is total prohibition discriminatory towards certain sections of the society? Is a sudden U Turn by politicians on liquor policy – first promoting it for revenue and then banning it – harming livelihoods?

Finding a boundary : BCCI did a smart thing. When the Supreme Court asked it to implement Lodha Committee Report, it instead appointed a former judge – Justice Katju in the middle. Justice Katju, because of his seniority as retired judge. He has begun his job , by saying that the Supreme Court’s decision to appoint Lodha Panel as unconstitutional and illegal.

A new deal for mental health : the Mental Health Bill has been passed by the Rajya Sabha. ( And important for Mains ). Few things you need to know are, that it decriminalises suicide – treating the person as a victim rather than a criminal. So until, the bill becomes an act, if you try to commit suicide , you can be arrested as a criminal. The reason why the Iron Lady gets arrested everytime she goes on a hunger strike.