Hello Everyone, How is your preparation going for UPSC IAS Prelims 2016? We hope you have attempted the quiz, now check your answers with our answers. So, how much you are scoring?

Write your score in comment section to compare with other students. 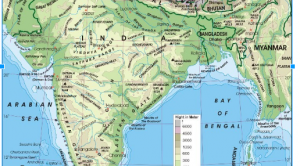 Q.3) Consider the following statements about Savanna grass ecosystem.
1. It is a temperate grassland.
2. Trees are so close to each other that sunlight can not reach to the ground.
3. It is also known as a paradise of hunters.

Ans – [D]
Explanation- Savanna are tropical grasslands that are located near the equator, between the Tropic of Cancer and the Tropic of Capricorn. They cover much of Africa as well as large areas of Australia, South America, and India. They may have some drought-resistant, fire-resistant or they may have an open shrub layer. Savanna is characterized by the trees being sufficiently widely spaced so that the canopy does not close. The open canopy allows sufficient light to reach the ground to support an unbroken herbaceous layer consisting primarily of grasses. Savanna is also known as a paradise of the hunters.

Q.4) Which of the following does not affect salinity of the ocean?
a) Latitude
b) Temperature
c) Ocean currents
d) Tides

Ans-[D]
Explanation- Tides have no effect on the salinity of the ocean. Salinity generally decreases from equator to poles. Temperature and ocean currents affects salinity.

Q.5) Consider the following statements.
1. Antarctica has no Biomes.
2. Biomes are characterized on the basis of climatic factors only.

Select the incorrect statement using the codes given below.
a) 1 only
b) 2 only
c) Both 1 and 2
d) None of the above

Ans – [C]
Explanation – Biomes are regions of planets that are characterized and distinguished on the basis of climate, flora and fauna. Antarctica is the coldest, windiest, and driest biome on Earth. There is not a lot of life on the Antarctic land.

Q.6) Consider the following statements about Eutrophication.
1. It decreases the Biochemical Oxygen demand of water.
2. It increases the biomass of phytoplanktons.

Ans – [B]
Explanation – Eutrophication occurs when large quantities of nutrients such as nitrates and phosphates enter an aquatic environment. Sources of these nutrients include animal wastes, agricultural runoff, and sewage. The ecosystem quickly experiences an increase in photosynthetic and blue-green algae, as these organisms thrive in the presence of the added nutrients. An algae bloom occurs as the algae accumulates into dense, visible patches near the surface of the water, prohibiting light from penetrating deeper areas of lake or stream. This can be a problem in marine habitats:

Some fish are unable to survive due to this, but for them an even more serious problem arises when the algae begin to die. At this point, oxygen-demanding bacteria take over the ecosystem, decomposing the algae and using up dissolved oxygen in the process. These bacteria increase the biological oxygen demand (BOD) of the ecosystem. BOD is the amount of oxygen required for the decomposition of organic compounds by microorganisms in a given amount of water.

Q.7) Consider the following statements about Oil Zapping technique.
1. Hazardous hydrocarbons waste are converted into Carbon dioxide and water.
2. This technique was developed by Centre for Science and Environment.

Ans – [A]
Explanation – Oil-zapper is essentially a combination of five different bacterial strains that are immobilized and mixed with a carrier material (powdered corncob).  It is developed by TERI after seven years of research work and partly supported by the DBT (Department of Biotechnology), Ministry of Science and Technology, Government of India. Oil-zapper feeds on hydrocarbon compounds present in crude oil and oily sludge (a hazardous hydrocarbon waste generated by oil refineries) and converts them into harmless CO2 and water. The Oilzapper is neatly packed into sterile polythene bags and sealed aseptically for safe transport. The shelf life of the product is three months at ambient temperature.

Ans-[A]
Explanation– Statement 2 and 3 are correct. And only statement 1 is incorrect. So, answer would be (a).
Biological diversity – or biodiversity – is the term given to the variety of life on Earth and the natural patterns it forms. Ecologist classify biodiversity as alpha beta and gamma diversity.

Alpha-diversity refers to a group of organisms interacting and competing for the same resources or sharing the same environment. Thus it represents diversity of species within the ecosystem.

Beta-diversity compares the the diversity between the ecosystem. High beta-diversity implies low similarity between species composition of different habitats. It is usually expressed in terms of similarity index between communities. Following diagram illustrates it better. 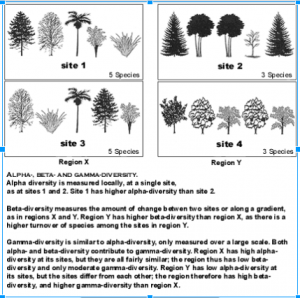 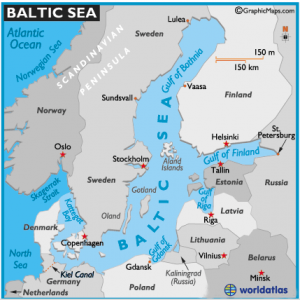 Ans-[D]
Explanation- Godavari is the largest river of the Peninsular India. It is also known as Dakshin Ganga. Purna, Maner, Penganga, Pranhita, Indravati, Tal, Sabri and Manjira are its important tributaries. Bhima is the tributary of river Krishna. Hence statement 1 is wrong.

Godavari is only navigable in the deltaic stretch of its course. Hence statement 3 is also wrong. Thus Option D is right ans.