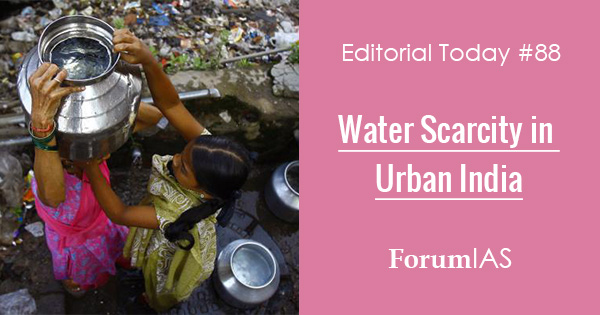 Water is a basic resource for humanity, no country or individual can economically or socially survive without availability of water and India is not a misnomer in this category.

India is the largest user of groundwater in the world with groundwater abstraction at 251 cubic km per year, which is more than double that of China’s. India’s use of groundwater is much in excess of the actual recharge being carried out. 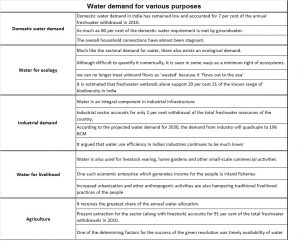 How green revolution led us to water scarcity:-

Growth of urbanisation in India

How Urban India is contributing in making itself water deficient?

Government of India is currently working on a national water framework bill and also a model groundwater bill.

These bills will address the challenges of:-

12th Five Year Plan had called for a paradigm shift and proposed a comprehensive programme for the mapping of India’s aquifers.

The advent of the Independent Regulatory Authorities or IRAs at the state level are new mechanisms which are expected to usher in sweeping fundamental and comprehensive changes in governance in this sector. Process should be speed up.

Water regulatory authorities should be empowered towards establishing a tariff-based system, which in turn works on the ‘cost recovery’ principle to determine and regulate water tariffs.