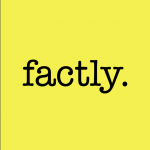 Factly by ForumIAS for Prelims 2020

News: According to the researchers at the University of Iowa in the US, Voyager 2 has entered the interstellar medium (ISM). This has made Voyager 2 the second human-made object to journey out of the Sun’s influence. The first spacecraft to do so was Voyager 1 in 2012.

About Voyager 2: Voyager 2 was launched by NASA in 1977, to study the outer planets. Voyager 2 targeted Jupiter, Saturn, Uranus and Neptune.