19 Things to keep in mind while you write Mains - ForumIAS

19 Things to keep in mind while you write Mains 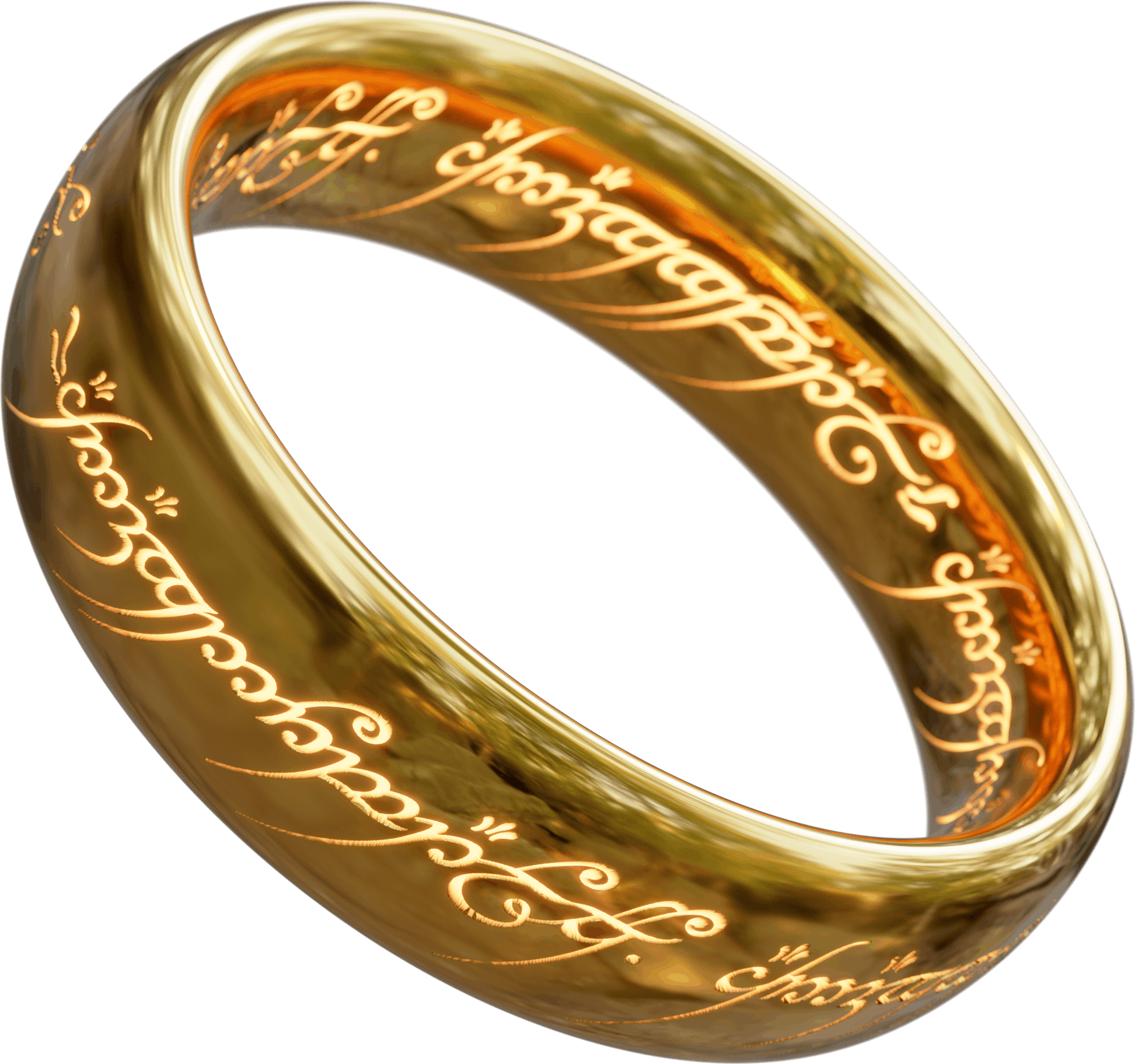 We are now just days away from the Mains. Do take care of these things for the last moment

#0 Readthe exhaustive list of mistakes UPSC has provided for Mains. Do not make those mistakes. Last year, a ForumIAS member called me, now a Superintendent of Police asking me "what is penalty marking in UPSC Mains? My SI's daughter has lost 25 marks in mains, and missed final list." The penalty marks is a reality. Visit the link at the bottom of this write up to read about it.

#1 You have about 5 days leave between the GS and Optional Paper. The Gap is so big that a lot of people fall into it and make it a vacation. You should not. Good use of that time itself will make and break the optional preparation of a lot of people.

#2 Between GS & Optional, you can easily choose GS from now on. At least one week before the exam, you can safely prepare for GS only. The fear of not having touched optional for a week will propel you to make good use of the time gap between GS and Optional.

#3 Correct Study Timings. Do not wake up at mid day feeling all sleepy. Rise early and sleep early. Have healthy food and drink lot of water instead of caffein to keep awake, even if it means you need to use the washroom many times a day.

#4 Everything in moderation is good. Does UPSC give marks for diagrams, examples, case studies, writing stakeholders. Yes it does and no it does not. Do everything in moderation. Diagrams in like 4-6 out of 10 questions is a good idea, writing stakeholders in some case studies is a good idea. Replace some by ALL and you have probably NOT irritated the examiner.'

#5Focus on simplicity.How can you simplify the questions, the answer, the content for the examiner. Does your answer meet the test of simplicity? Write simple answers. That is the key to a good score in Mains.

#5Avoid Eureka Moments in the exam.It is quite likely that you will have many questions appear from what you have studied and wrote tests, in the actual Civil Services Examination. Do not have too much of an excitement and make the two common mistakes when we have a eureka moment in the exam - (a) dump all that we know (b) waste too much time in that question.

#6 Specially for Ethics and Essay Paper, do not be wrongly opinionated. I have seen copies of feminists who are so passionate about feminism is that in a gender issue topics, they have written about Sita was pushed behind a Laxman rekha in Treta Yug, In Dwapar how Kunti was humilaited. Then again in medieval times, modern times. They have written 5 pages, and I see no mention of a Tessy Thomas or an Indra Nooyi. Keep it balanced.

#7Address the Questions. In the end, having said and done everything, what ultimately matters is whether you have addressed the question or not. This is the final test of how good your answers are.

#8Don't worry about things that won't probably happen.Anxiety and Stress are enemies of productivity. Anxiety is normal before the exam. Its a new normal for those of us who ever chose to write this examination. Accept it. And  focus on what you should beactuallydoing.

#9You will never reach the examination on the exact time.You will either be early or late. It is better to be early than to be late. Do not take for granted the traffic situation. You have been holed up in your preparation, but other people do goto office. Factor that thing in and do not let it become a disadvantage.

#10 Make sure you have the question of reaching the venue sorted out. These days with Ola and UBER things should be sorted out, but about a decade from now, all autos used near student areas were orally / verbally pre-booked and it was difficult to get transport on that day. So make sure you have it sorted. Don't try to save money on that day. I am yet to meet millionaires who got rich that way.

#11There are two kinds of feelings most people have right now- one is that of let-the-exams-get-over-now. The other is puck-ish[1] whenever you think of the exam , revision and all that. If you feel puck-ish, and can't even puke, take a deep breath. You are exactly feeling like how everyone else is feeling. You will anyway feel nauseated this way at least at some point before the exam. Live with this feeling.

#12Right now, getting killed would be redundant.So any of you feeling down, looking at the stars, askingwhy me, how long,  if life is worth living/ suffering, and all those existential questions of life, remember more than a thousand years ago Buddha said the first Nobel Truth - ThereisSuffering. The UPSC examination did not exist back then. This is how the Gods designed human life to be. We all  are going through / have gone through the agony you are going through. Some of us are just faking our smiles. So keep doing what you are doing.

#13Don't give your feelings too much importance.Feeling have no permanent value. They are transitory, like the life of a wave. A pretty woman once told me they are just a bunch of chemicals in your brain. And neurons. Research also says the same thing. When you fight your feelings you make them legitimate. You can't fight feelings. The best way to proceed is to ignore them. Some people try to defeat feelings by rationality. It doesn't work that way. IMO.

#14Right now, do what gives you confidence.You should study only because it will boost your confidence. If something else[3] boosts your confidence, do that. Just don't harm anyone in the process.

#15 If you have nothing left to do - yeah all the third , fourth, fifth Mains / attempt people - take a look at the most important topics ( you should be having your own list  ) - and think what are the 3 / 5/ 7/ 9 things you will write in this if a question comes. Some of the things that come to my mind are #need for anti-lynching law , UAPA etc.

#16 No matter how your preparation is, even with a minimal, no Mains preparation , you can clear the Mains examination. People have done it before. I spoke to the dude who is the SDM of Mughalsarai, few days back. He secured a Rank 43 a few years ago, and was one such guy. If you are that guy with no preparation, just focus on writing your best Test on that day[4]. And if you are not that guy, and have prepared instead, don't let such guys beat you in the examination.

#17 Take a look at Topper's copies once this week before walking into the examination. And remember that the people writing the Tests - they were not Toppers when they were writing these. And pick any two or three things that you appreciate and would want to emulate. Fine even if you cannot. What not to do by looking at the topper's copy? Don't be intimidated. If your copy does not look like a Topper copy, you could just be the first topper of your kind. Build your own category of one.

#18 As repetitive as it may sound, have faith in yourself. You are good to go. People across all levels of studies - the hard worker, the test writer, the full coaching, the no coaching, the urban, the rural guy, all kinds of people will clear the Civil examination. Thinkonlyof your strengths and not your weaknesses.

#19Its going to get tough from here onwards- every single day. And one fine day, just like that the Mains will be over. But, meanwhile, when the going gets tough, what do the tough do? Do that. [$]

Please leave comments to add to the discourse. I am not the sole fountainhead of knowledge of everything that can be done right. Good contribution will be added to the list :) I will also buy you coffee :)

[0] Here is the link . https://blog.forumias.com/article/common-mistakes-in-mains-examination

[1] Puck-ish is radically different from puckish, which means playful, in a mischievous way. What I mean instead is nauseated.

[2] He also said the second one - There is cessation of suffering. This will happen once the process is over and you reach a finality.

[3] Don't play PUBG, or any of those games. Do something academic. Or sleep. Don't sleep too much actually. It gets depressing.

[4] Meet me after the exam later. That's not how once cracks this exam. The dude I am talking about was preparing for Mains next year after the Mains examination. Diligently. Quietly.

[$] When the going gets tough, the tough get going.

Ignoring feelings is never a good idea, no matter how much one should/ does value them. They always catch up and when that happens you are usually overwhelmed, comfused and suffocated. Instead learning to acknowledge and accept go far ahead. They also help yoy recognise triggers and patterns and improve your ability to respond better.