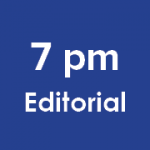 All of these have direct bearing on the quality of life and economic productivity of citizens.

Through ADP government seeks to uplift those districts which have shown relatively lesser progress in achieving key social outcomes.

The Indian economy is on a high growth trajectory. However, it ranked 131 out 188 nations in UNDP’s Human Development index 2016. Its performance in terms of improving quality of life for its citizens is not consistent with its growth story. While different states have their unique strengths, they face challenges in improving health, education, basic infrastructure etc for their citizens. Within states too, there are major variations. Some districts have done well whereas some have faced challenges. It is important that a concerted effort is made to improve performance of districts which are pockets of under development. This will result in a dramatic rise in ranking of the country in terms of HDI and would also help the country in achieving SDGs. This will be a step towards creation of a New India by 2022.