“To protect monuments, places, and objects of artistic or historic interest” is a provision made under

: (a) Fundamental Rights and Directive Principles of State Policy

I need a little help here... I think answer should be (d)

But it is wrong as per key. why?

Preamble tells about nature of polity 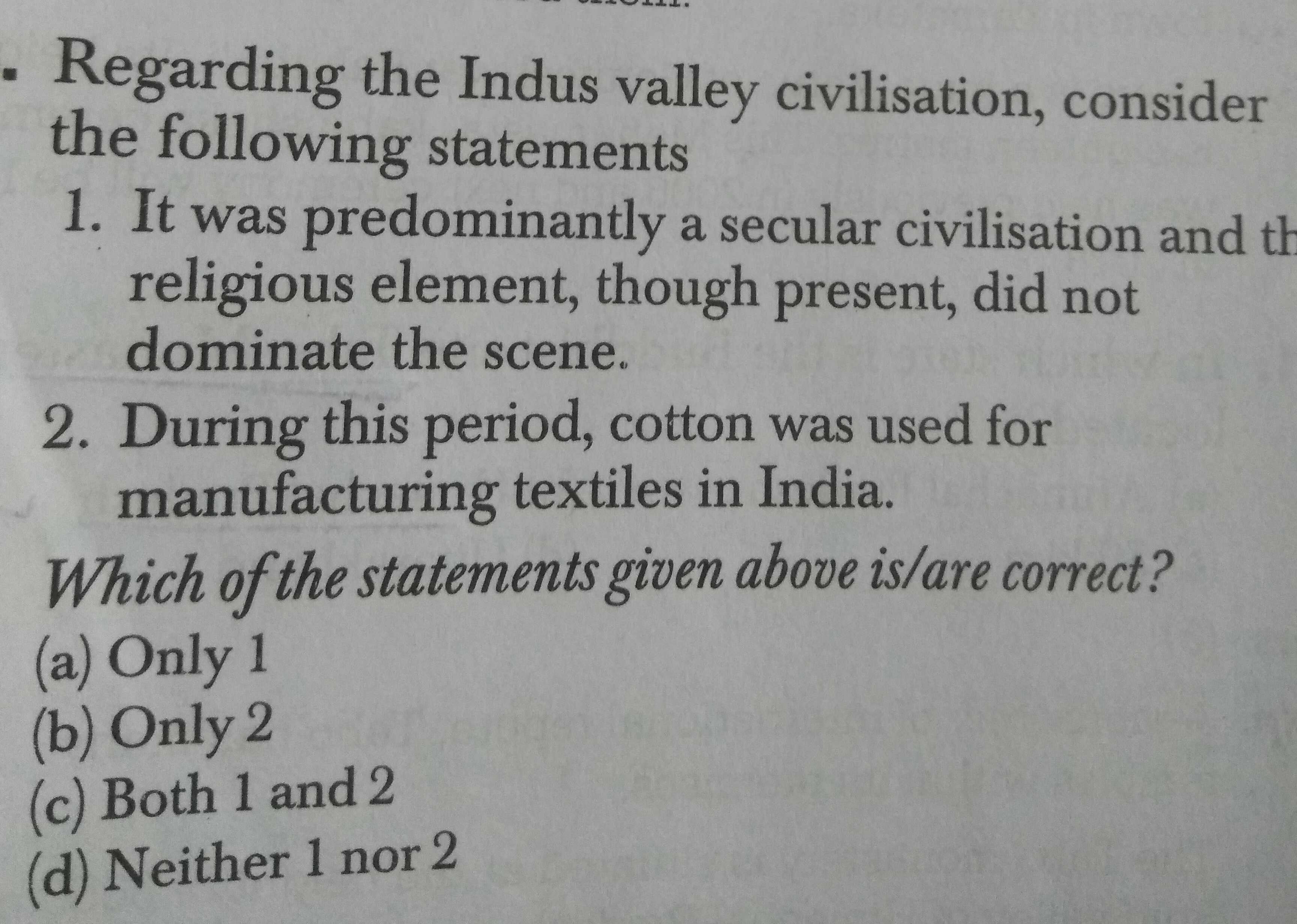 Both statements are correct, IMO.

Yes, answer is both correct . Can you shed more light on secular aspect of IVC as there were evidences of Great bath @Mohenjodaro which was most probably used for religious ceremonies.

I didn't found in any credible source that whip has given statutory status. Rajya sabha website doesn't have such mention. So, I am going with Whip as parliamentary convention.
1.6k views 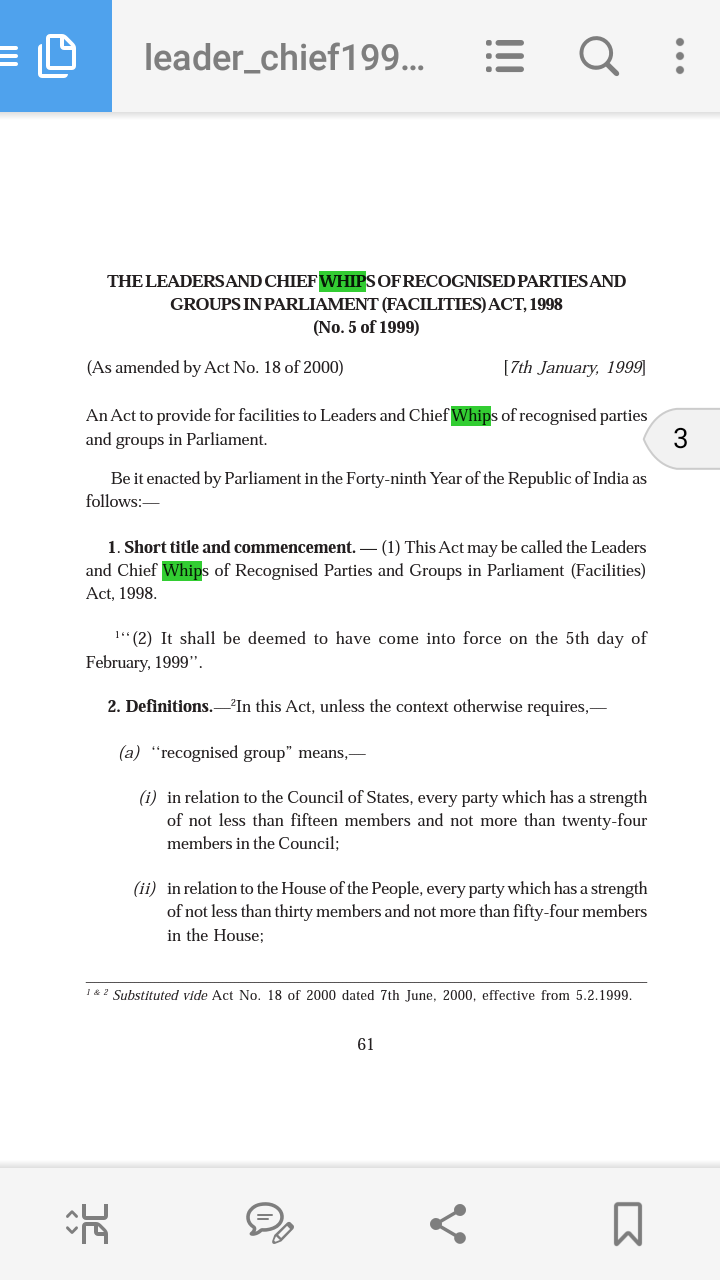 Thanks. Can somebody list down the errors/exceptions in Laxmikant/any other standard book? This will save time.

Alcohol-based sanitizers kill bacteria by raising temp.? How this is wrong statement 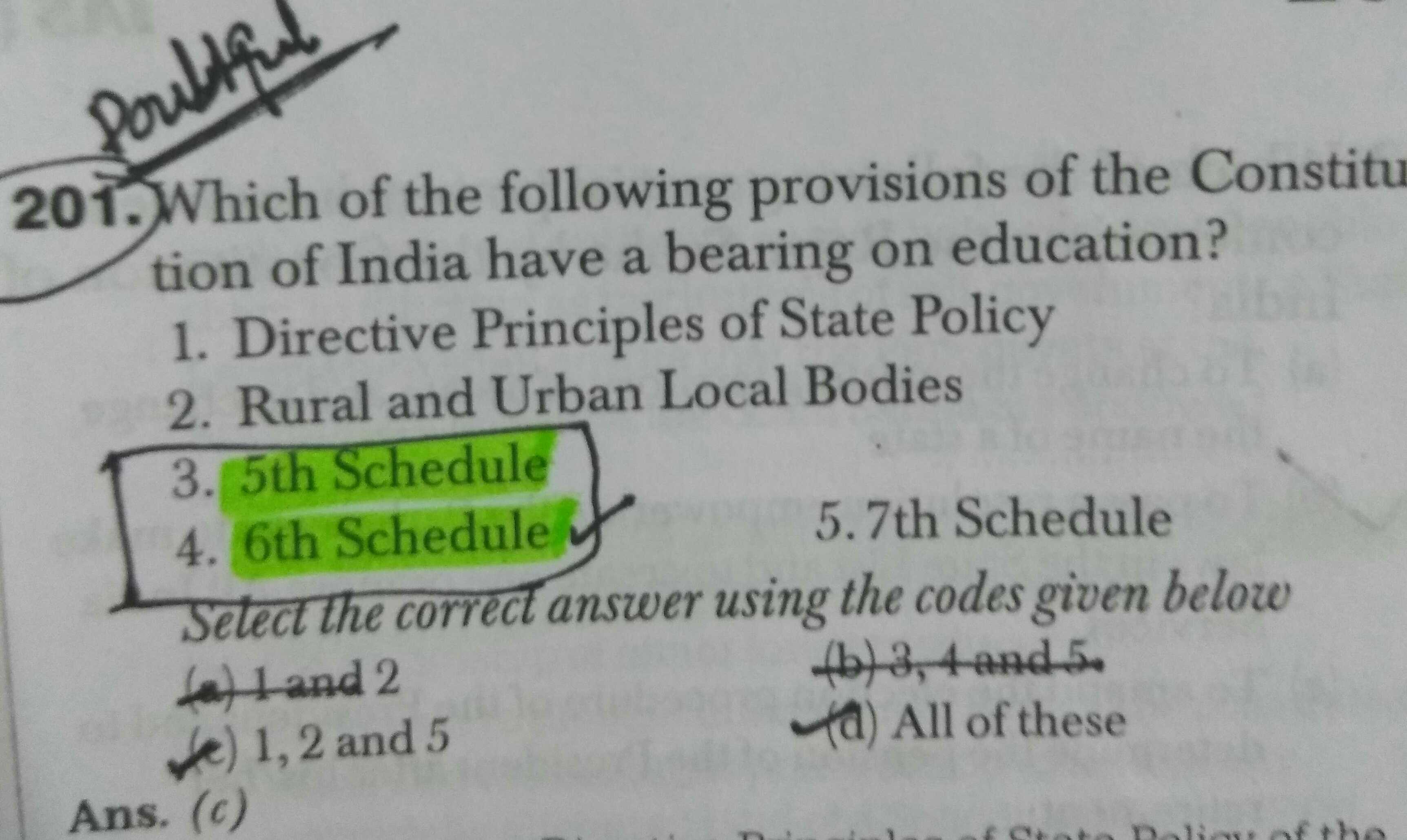 What is in 5th schedule which have bearing on education except the fact that there should be tribes advisory council and safeguard interest of scheduled Tribes and administer scheduled areas.

W.r.t. 6th schedule, there is specific mention about creation, construction and management of primary schools. 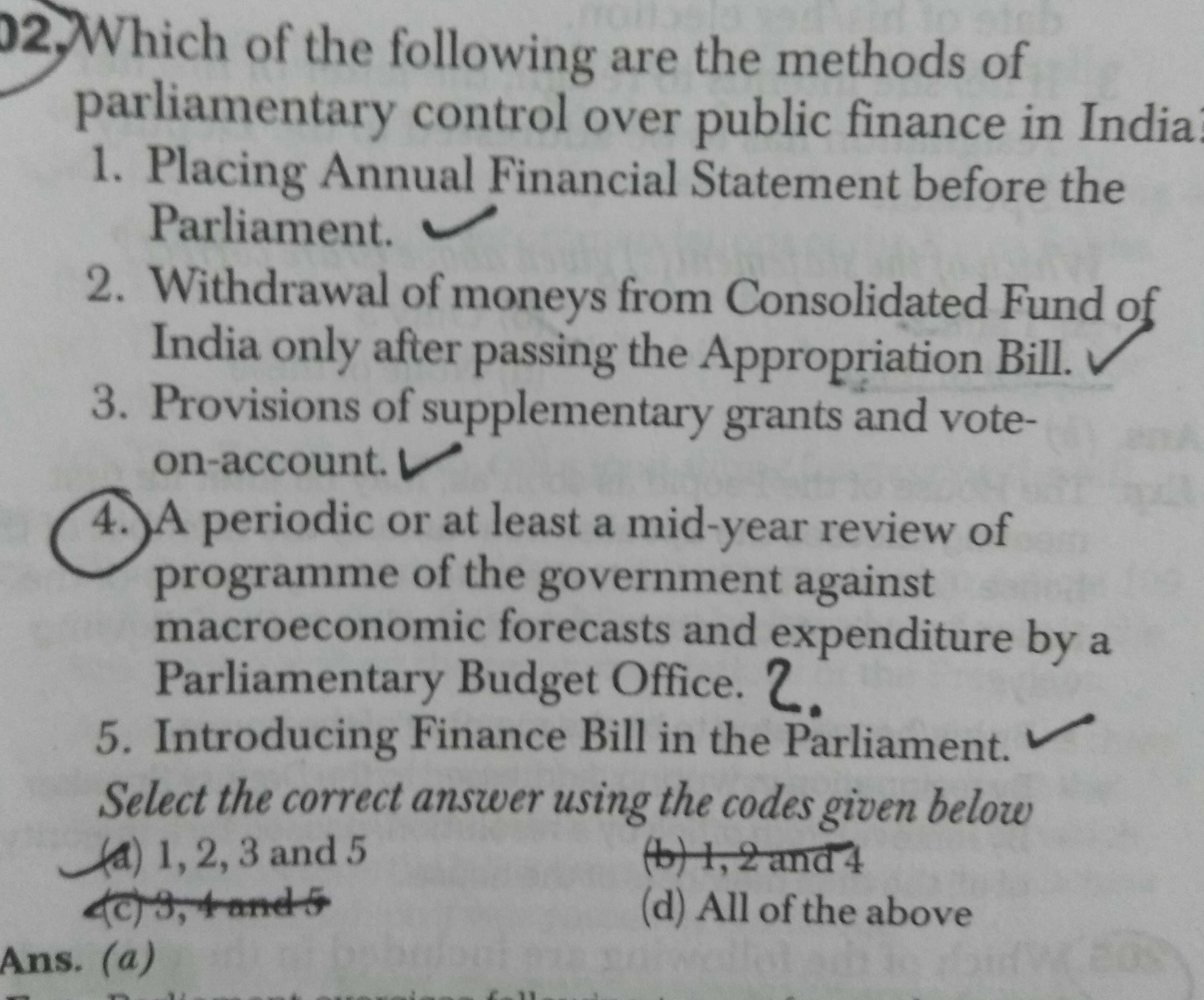 I have doubt w.r.to. option 3. The dispute b/w GoI and UT like NCT of Delhi gone to SC and in case of Puducherry in Madras HC, are these not come under original jurisdiction of SC, though Laxmikant doesn't have that mention. 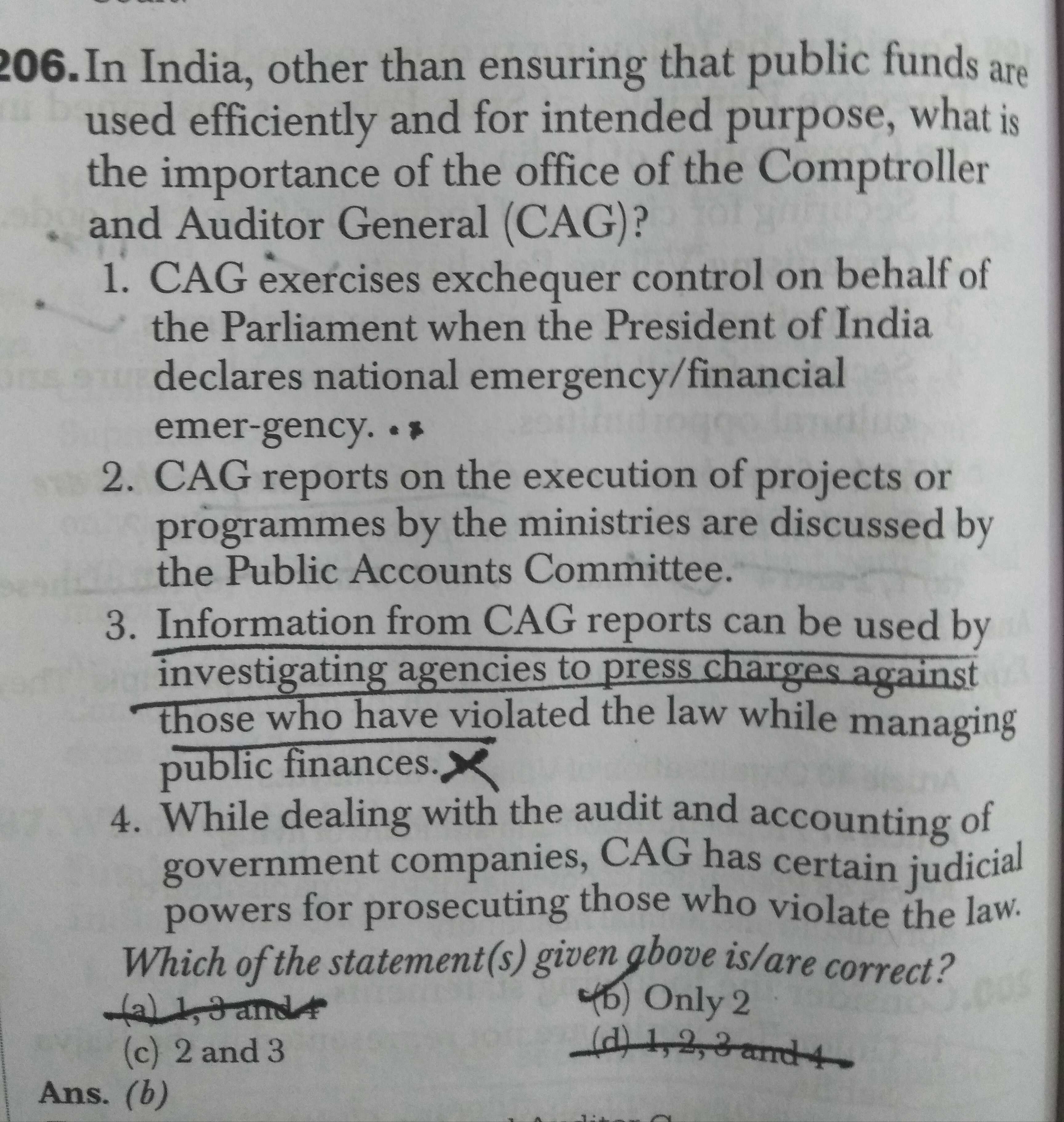 I have doubt w.r.to. option 3. The dispute b/w GoI and UT like NCT of Delhi gone to SC and in case of Puducherry in Madras HC, are these not come under original jurisdiction of SC, though Laxmikant doesn't have that mention.

Now, wrt to the issue with Delhi's case: SC refused to straightaway hear the original suit filed by the Delhi government against the Centre under the article 131 seeking a declaration of changed status from union territory to a state for Delhi.

The bench wanted to delay the hearing because it wanted to hear it along with the Delhi government’s appeal against the Delhi high court’s judgment on August 4 which held that Delhi’s status was that of a union territory.

So first it has to go to HC. SC doesn't have original jurisdiction. 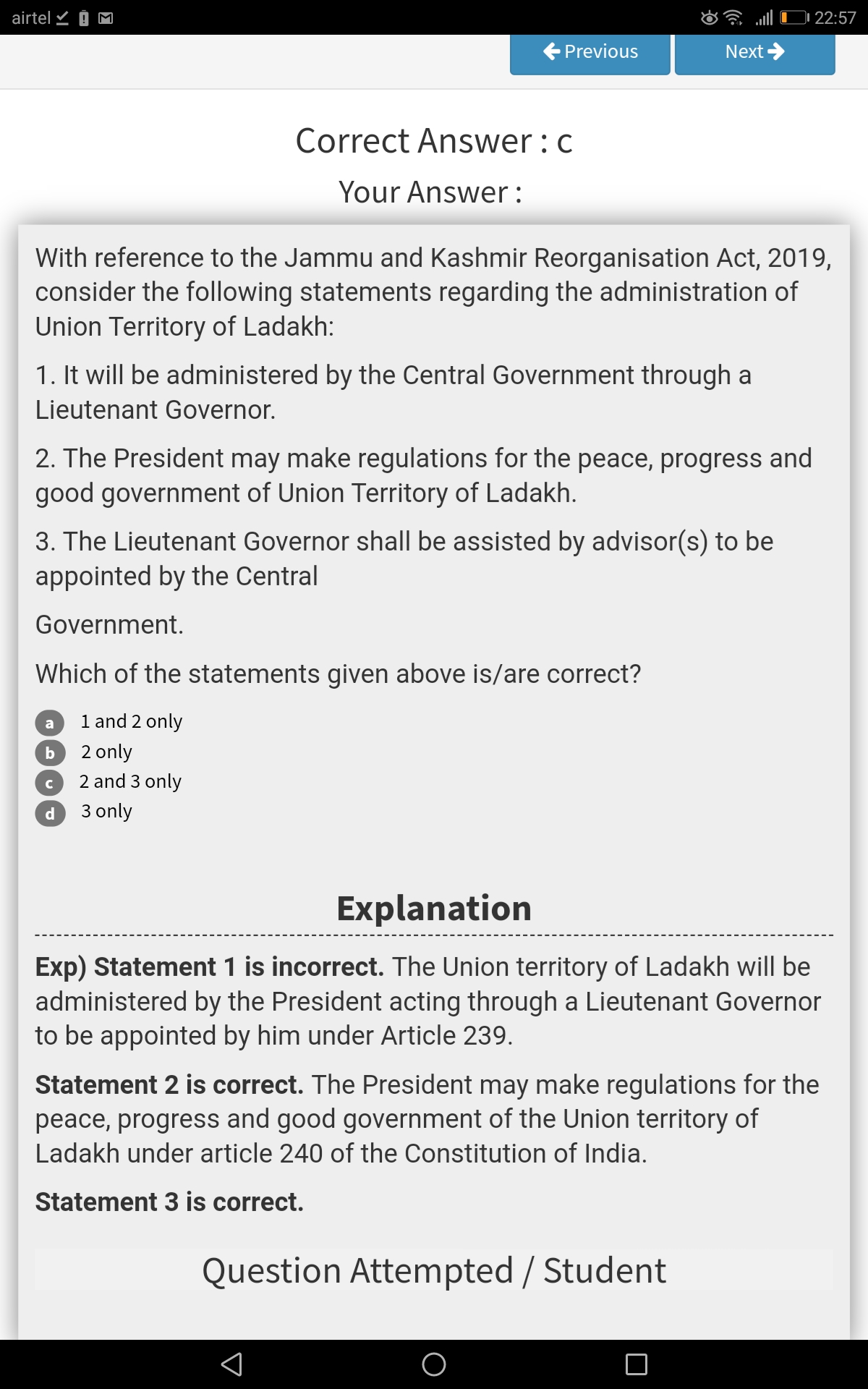 It's difference of day and night. When someone is appointed by Hon'ble Pres - s/he is protected by Him/her and stays till his Pleasure (maximum job security ideally !). If ministry appoints you, you stays till pleasure of the minister. That means political compulsions can get you out in more easily if you are later category civil servant. All India Services appointed by Mahamahim - so protected under Art 311 which is extra tight article for protection of civil servants.

It is really get to see your enthusiastically answer the questions, sire!

When I was selected for a certain govt job, long back, I quickly checked who the appointing authority was. It was the Central Govt. The appointment letter was signed by Additional or Under Secy Rural Development.

What does this mean?

This means that anytime the Central Govt wanted , they could remove me with just a letter signed by the Secy, Rural Development.

When you are appointed to the All India Services, the appointment is by the President, who , is also the authority who can remove such officials.

This means that if the govt quickly wants to remove someone, they have send the letter to President. While the President is bound to follow the advice, note that President may apply his mind to such recommendations. Or even sit on it for a long time ( The pocket of Indian President , as you may have read is deeper than the American President ). So it is not easy for central govts to remove someone appointed by the President. If for some reason that President is not happy, he may require additional information from the Govt.

So this makes a lot of difference.

Also, with respect to submission of reports, if a Constitutional Body is there, then it is most likely to submit its report to the President than the Govt. That additional layer of having the President takes away a lot of whims and facies of the govt in effect.

Please also note that when governments are in absolute majority, neither the President not the Supreme Courts are able to withstand executive pressure.

Also sir, governor is appointed by President, but his removal depends on whims of the President (cabinet)? How does that mean that appointment by President guarantees more security then?

Governor is not a civil servant under Art 312 protection, hence can't be compared. Though ideally it should not be the case !

IMO if Sarkaria commission's recomm regarding Governor is implemented then many of the current issues could be resolved, but catch is no one willing to share power only it's usurpation 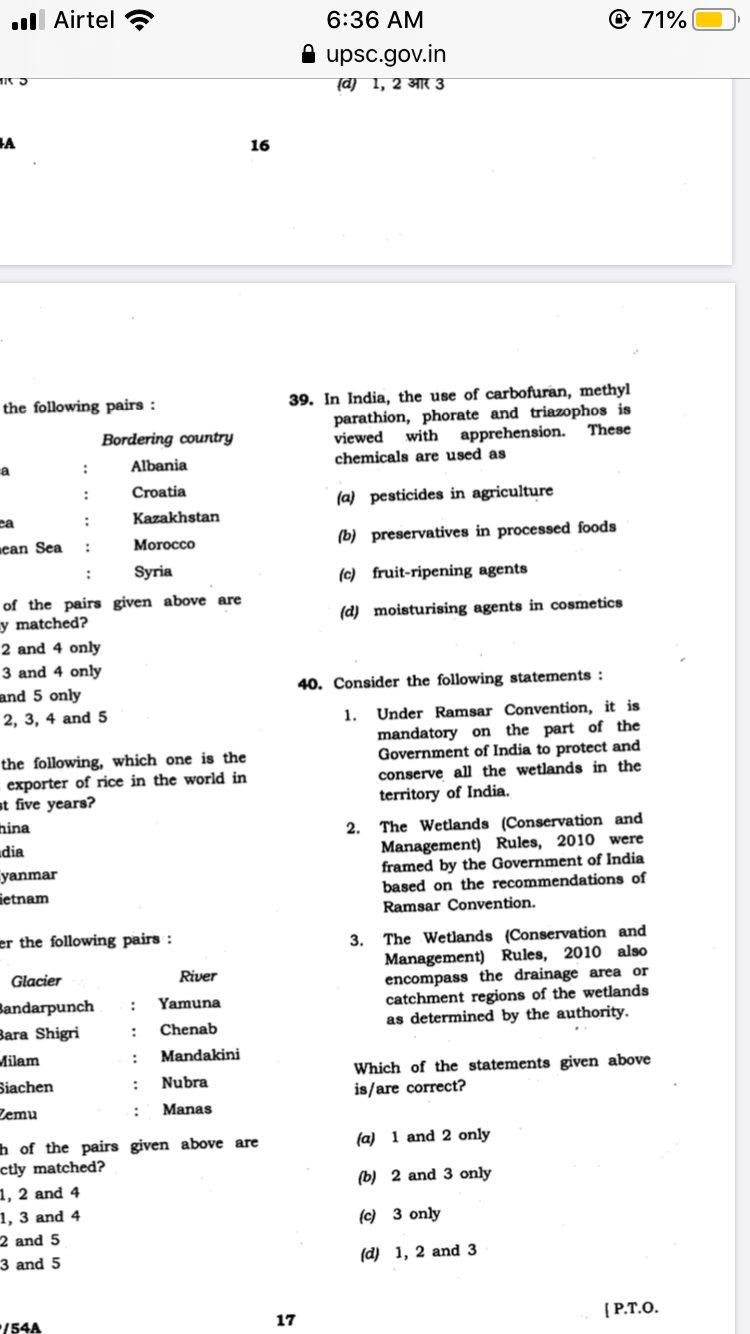 Answer to Question 40 is given as “C” in the key. The wetland rules incorporated Wise Use philosophy which is a recommendation of Ramsar. Why would statement 2 be wrong? Matlab kuch bhi!!

I think UPSC took general stance like National Biodiversity Act based on CBD. Coaching keys provided 2 and 3 to be correct.