13 Things for Interview Preparation - CSE 2019
I met a really studious girl sometime in 2019. She was a doctor. Ambitious. A little competitive, I said to myself.
When she spoke her spectacles fell to her nose.
She was supposed to appear for the Civil Services Interview a month and a half later. When I pointed out, with childlike simplicity, she said -
Sir, I will get new spectacles made for the Interview.
She wasn’t exactly prepared. When I asked a question, she answered endlessly.
“She is not going to make it”, I said to myself. But let me just try.
Honestly, I was tired. But over and above that, I wasn’t sure if she was up for working further for her Interview preparation. But ME being ME, I thought let me just give her a piece of my mind, even if she does not like it. Saying what I feel rightly, is my job. Liking or disliking ME or what I sayis her job.
Sometimes, when I sense that the person is not going to listen or take a feedback, I ask them to have a second and third opinion. When more than one person says the same thing, and then I repeat it, it usually makes more sense, and people absorb it.
We worked on some vital inputs for the Interview. I had never seem someone so massively transform in the next one month. She came a month later. And a little emotional, I said - This is all we need to do. There is no further mocks you need to take. All you have to do is stay sane till and in your actual Interview. I have nothing else for you.
Aparajita scored 201 marks. So did Kajal Jawla. 201 Marks. And Ankita, scored 182. And secured 14th Rank. And if you ask me what has been one of the biggest achievements last year, it is this picture. [2] 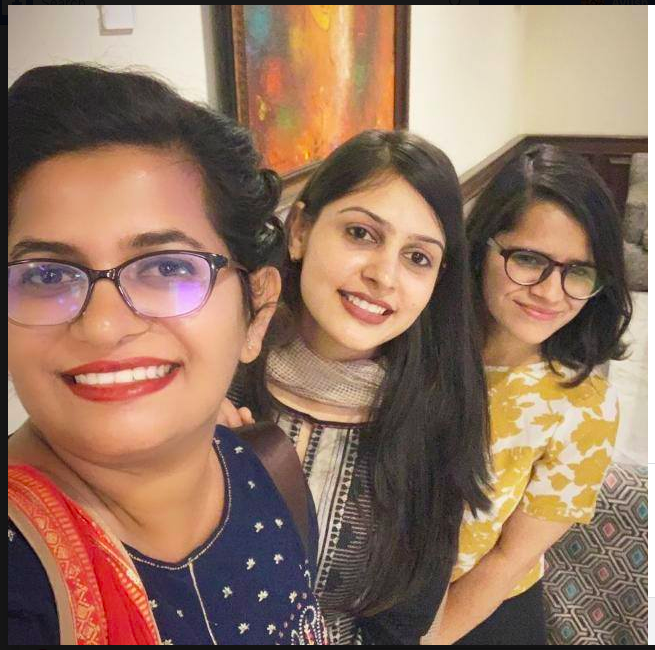 How will you use your Industrial Production Engineering” knowledge in administration?”
“Sir, as an engineer in industrial production, our job is to increase the efficiency of the system to near 100%.” Similarly in administration, I will use my expertise to improve the administrative efficacy to 100%”
I was preparing same answer in my mind for over some days now . Think it will benefit if I would call the bluff and admit that technical education wont be much of use in day to day job of civil services

I am so glad. You can actually say a few good things. I would recommend you to do some group mocks with friends . It works a lot. Day before yesterday I was sitting with about 7-8 people in a group mock, and the value addition was substantial.

Remember nothing beats a good peer discussion. All you need is patience to listen.