Can we share some motivational quotes or 'Thought of the day' here?

“I wish it need not have happened in my time," said Frodo.

"So do I," said Gandalf, "and so do all who live to see such times. But that is not for them to decide. All we have to decide is what to do with the time that is given us. ― J.R.R. Tolkien, The Fellowship of the Ring

Life may not be the party we had hoped for, but while we are here, we might just as well dance !

Some of you may remember Mittali Sethi ( old guys here ) Was just seeing a very blunt Interview by her.

I think everyone should see it. She has wonderfully said. I am always perturbed how both Prajit and Mittali , from 2016-2017 time on the forum , are so damn fearless when they speak and do things.

Some of you may remember Mittali Sethi ( old guys here ) Was just seeing a very blunt Interview by her.

I think everyone should see it. She has wonderfully said. I am always perturbed how both Prajit and Mittali , from 2016-2017 time on the forum , are so damn fearless when they speak and do things.

@Neyawn  thank you for sharing this. bluntly and very effectively said.

Yeah, she has. She is very fearless.

Note that when you say such things, within the Service you have to handle a lot of criticism. But then two people - both in Maharashtra Cadre, form forumias community have been extremely fearless.

I hope the discussions we have here maintain the quality. Last night got a nostalgic message from an old forumias member. 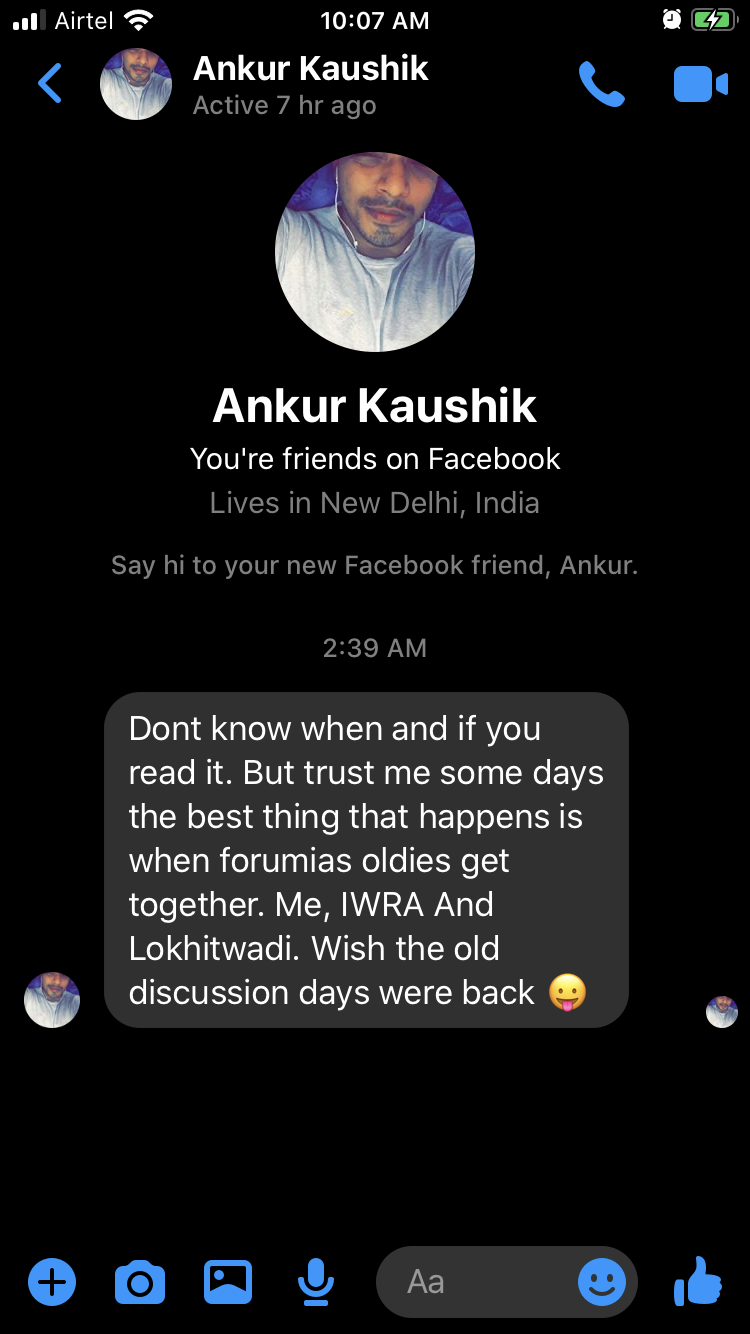 So those of you stuck on the forum for IAS preparation. This is a time you will miss too.

You know when I started meeting folks in the real world, ( as opposed to the virtual forumias world ) one of the key things that struck me was the variety of people that write civil services. It is difficult to imagine.

It was the first time I observed that why visually challenged candidates may not always score well in interview ( though normally we would think that the board will have sympathy with them ).  And I also how extraordinary effort a lot of people have put in.

In retrospect, I have come to realise that people who may have studied all their lives , won laurels all throughout , with a sense of entitlement may always be beaten in the race by people who work hard now - despite their positive or negative backgrounds.

Some of the experiences I have had may look incredible even I told them - because they are difficult to believe.